Marlene Hill Donnelly was born into a family of artists. Both of her parents, her grandfather, and various aunts and uncles were professional artists. Despite growing up surrounded by art and practicing art, she also felt the allure of science. In high school, she began to focus on her science courses and spent her spare time ensconced in the quiet halls of the Field Museum in Chicago, drawing skeletons. After graduating with a degree in Zoology from the University of Illinois, she worked at the University as a veterinary pharmacology technician. There she met the scientific illustrator for the veterinary college and realized for the first time that art and science could be combined in a career. She returned to Chicago for three years of study at the American Academy of Art, concentrating on the skills necessary to be a scientific illustrator.

Today Donnelly works primarily as an illustrator for the Department of Geology at the Field Museum, but she is very active in other areas as well. She has a variety of freelance clients, including the Belle Isle Aquarium, the Smithsonian Institution, HarperCollins, and the Honolulu Zoo. With Peggy Macnamara, she is the author of the Watson-Guptill book Painting Wildlife in Watercolor, and has taught various aspects of natural history illustration at the Morton Arboretum, the Art Institute of Chicago, and at workshops for the Guild of Natural Science Illustrators. 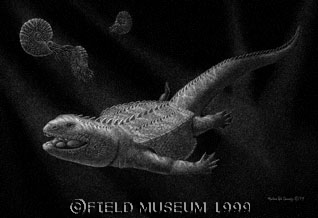 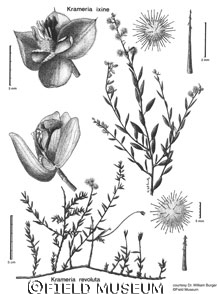