Elizabeth Coxen was born to a middle class family in Ramsgate, England on July 18, 1804. Her formal education allowed her to earn a living as a governess, teaching Latin, French, and music. Her life was “wretchedly dull” when, according to legend, she met John Gould in the Aviary of the Zoological Society. Finding themselves to be kindred spirits, they married when she was 24. John, like his father before him, first worked as a gardener and learned taxidermy in order to create garden displays. Through skill and luck, and by the force of his personality, he became the Animal Preserver to the British Museum, and Ornithology Superintendent to the Zoological Society. In an era dominated by the work of naturalists John James Audubon and Charles Darwin, the Goulds began to raise a family and embarked on their celebrated publishing venture.


On October 7, 1829, Elizabeth gave birth to their first child, John, who died in infancy. In the meantime she was working on the drawings for A Century of Birds of the Himalaya Mountains. The first of twenty parts in the series was published on December 20, 1830, and the following day Elizabeth gave birth to her second child, John Henry. The following year, the naturalist Nicholas Vigors would name a species to honor “the accomplished artist, Mrs. Gould.”

Transactions of the Zoological Society, London, Volume 1, 1835. Plate X. Apteryx Australis. Illustration by Elizabeth Gould accompanying “Description, with some additional Particulars, of the Apteryx Australis of Shaw” by William Yarrell. Images in the Transactions show some of Gould’s early work. 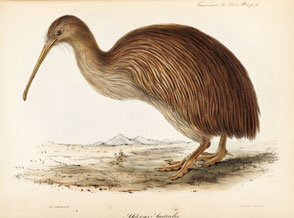 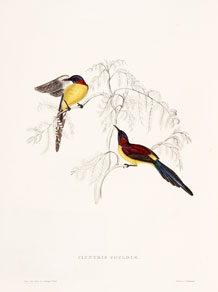 Plate 56 from A Century of Birds of the Himalaya Mountains depicting Cinnyris Gouldiae, the hummingbird named for Elizabeth Gould by N. Vigors.