In 1991, Gunn attended a conference on botanical art at the Royal Horticultural Society in London. During her stay, she visited Kew Gardens, where she was enthralled by Margaret Stones’ illustrations of the flora of Tasmania. Upon learning that Ms. Stones lived nearby, Gunn made an appointment to visit the artist. Gunn showed examples of her paintings to Stones, who responded favorably. Stones encouraged her to keep painting and provided constructive criticism, which guides Gunn to this day.

Gunn’s unique perspective grows out of her work as both a botanical artist and biologist. Her understanding of the interrelatedness of plants and of their inner workings infuses her art with a deep sense of their true essence. She plans to continue combining science and art, using her talent and training to support her ongoing efforts in rare plant and ethnobotanical conservation.

In 2000, Gunn enrolled in a Masters degree program in plant systematics at the University of Missouri – St. Louis. She was also offered free-lance work as an illustrator for the Flora of North America project at the Missouri Botanical Garden. The free-lance work not only helped with tuition, it fed her interest in plant taxonomy. She completed her Masters of Science in 2003 and was hired shortly thereafter by the Missouri Botanical Garden to work on an ethnobotanical training project based in the eastern Himalayas.

Gunn moved to New York in 1994. She began volunteering at the New York Botanical Garden and was soon offered a position working in the herbarium. There she had the opportunity to explore plants at the molecular level; this lead to many weekends spent sequencing palm DNA in the laboratory. 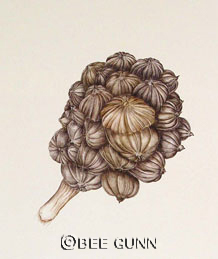 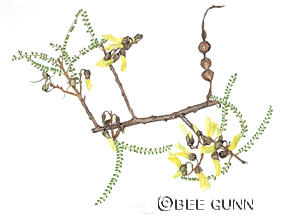